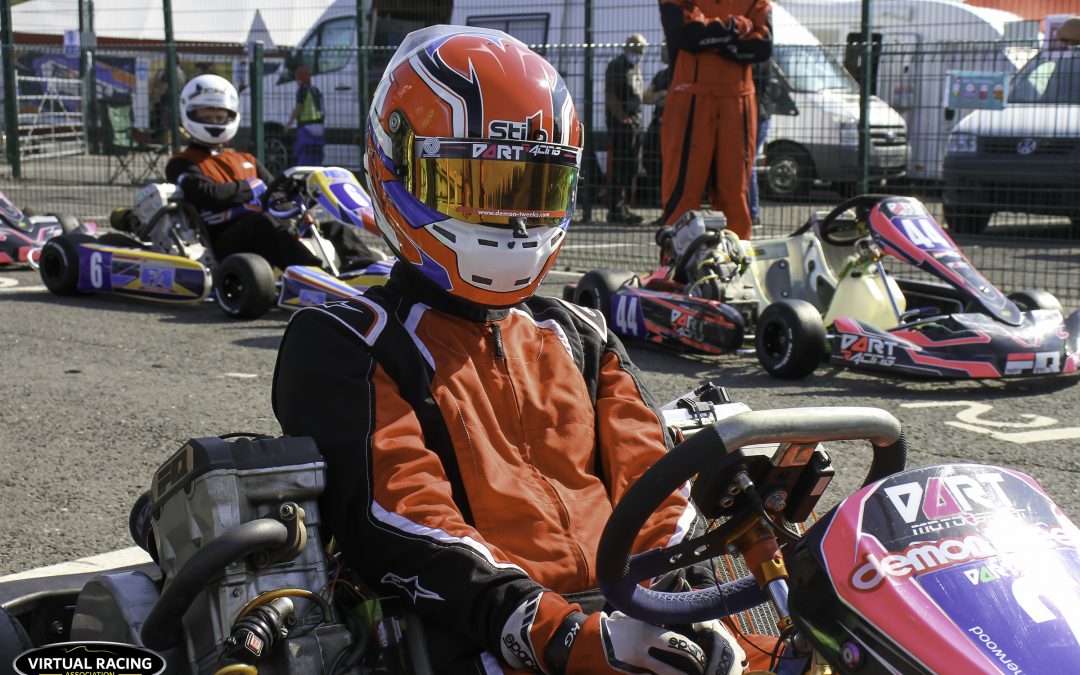 A three-way title showdown between Sherwood, Lewis Nurse and Nick Williams at Clay Pigeon has gone down as one of the most memorable season finales in DART Racing history. Nurse had hauled himself right back into contention for the crown with a solid points haul at Bayford Meadows closing the gap to Sherwood with just one race meeting remaining.

Williams, the defending champion, was no stranger to title showdowns having battled hard for the overall in 2019. Fast forward a year and with an outside chance of retaining his trophy, Williams needed to outscore Sherwood to have any real chance at the title.

Even before things got started Sherwood’s chances of a first title since leaving ProKart’s looked to be compromised as issues during Saturday practice issues with his setup would see him struggling for pace, despite numerous changes to the Karts handling he simply couldn’t rectify the issues he was having.

Despite the issues on Saturday Sherwood dominated the opening Heat with Nurse a close second, the real star of the opening race went to Joseph Fitch who’s drive from last to forth caught many people by surprise this despite suffering unpredictable brake fade in a Kart powered by a 660cc 2 stroke twin crank pin engine

Joseph Fitch #88: “I found out I had a very unpredictable brake. This reduced my confidence going into some of the heavy braking zones found at Clay. With the heavy weight at the rear and the DART FQ250 engine has a lot of torque, I overcame this with adapting my driving style allowing me to overdrive the Kart very easily” 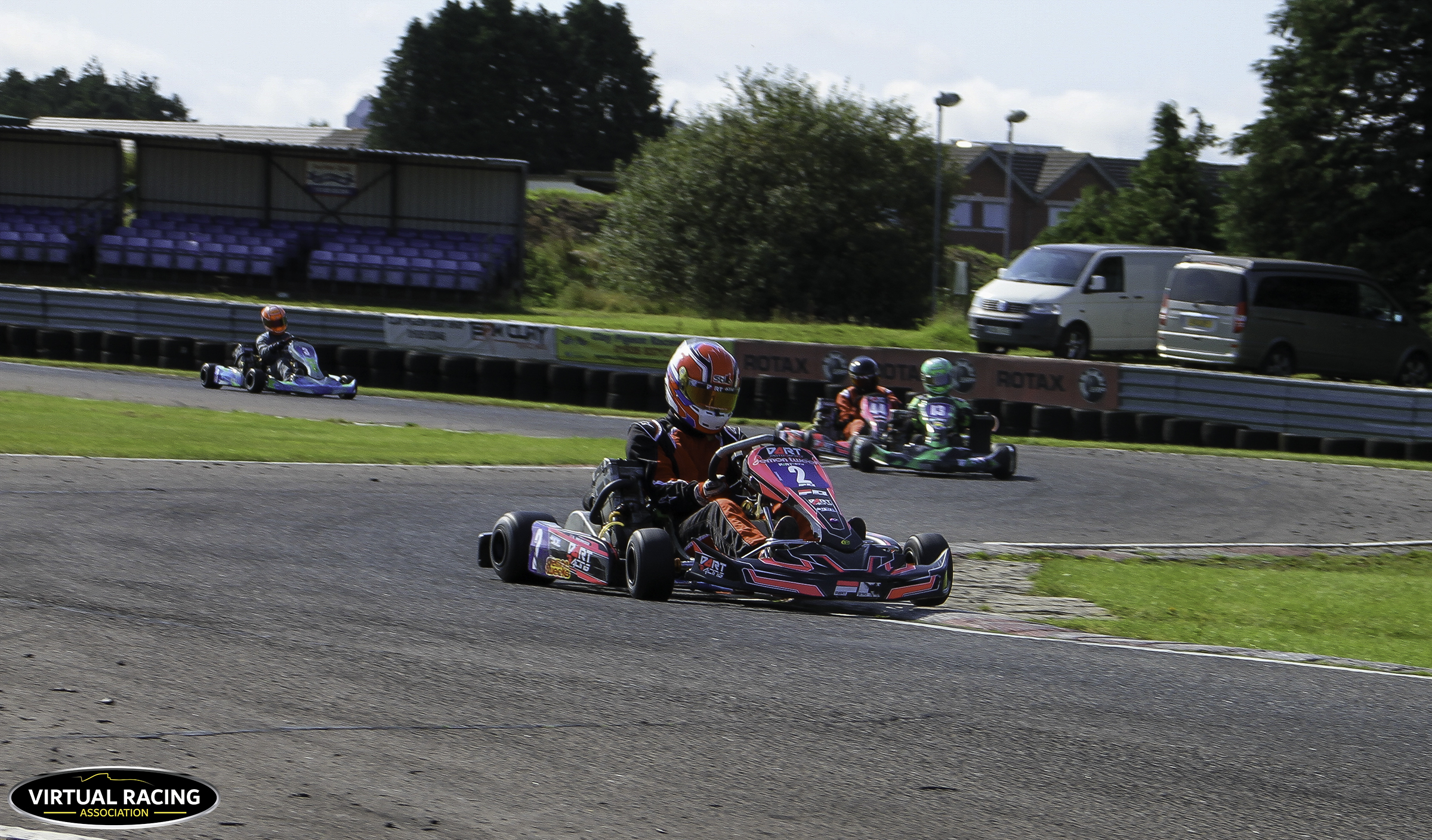 Of the three title contenders, Nurse had been the most impressive on the day consistently pushing forward, a good start in the second heat put him into second behind fellow title contender Nick Williams. A well-judged pass on lap three saw him take the lead before holding off Sherwood on the line for his second heat victory of the season and first since Fulbeck in the wet.

Lewis Nurse #44: “Fulbeck in the wet-on slicks for me was awesome, Winning the second heat at Clay Pigeon, showed I can perform well and overtake when its working for me with confidence, with 10 years racing in different formulas I’ve learned to take every opportunity” 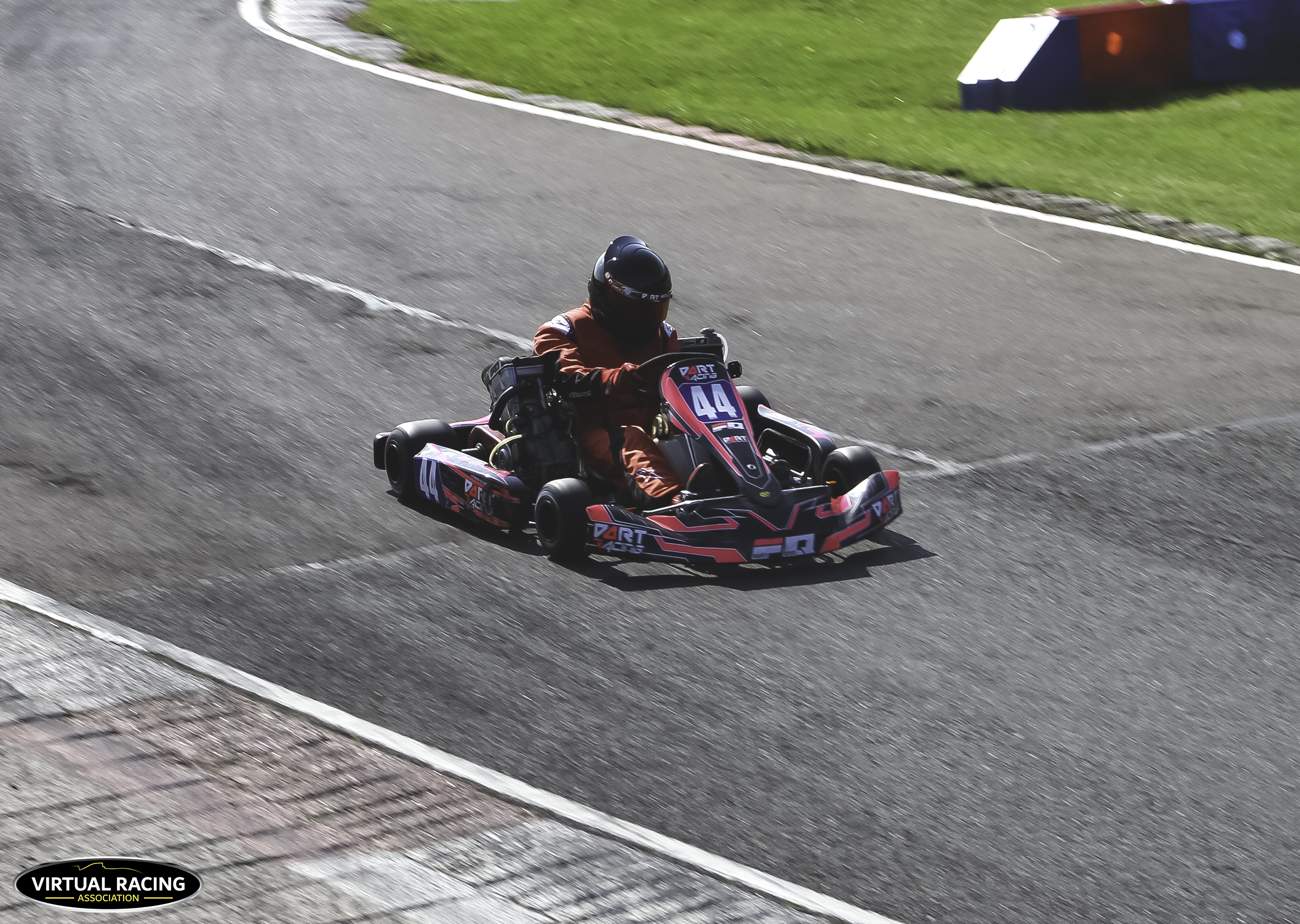 Of the three title contenders, Nurse had been the most impressive on the day consistently pushing forward. A good start in the second heat put him into second behind fellow title contender Williams. A well-judged pass on lap three saw him take the lead before holding off Sherwood on the line for his second heat victory of the season and first since Fulbeck in the wet.

Guest driver Charlie French had gone unnoticed throughout the race meeting securing third in heat two and then second in heat three taking a podium finish on his debut, just ahead of Joseph Fitch.

Unfortunately for Williams, heat two would see the beginning of the end of his title defence. When leading the heat early on, kart issues dropped him to the back eventually leading to his retirement on lap 12.

An exciting battle between French, Sherwood and Nurse provided the highlights for heat three.

French took the lead from James Reeve on the opening lap with Sherwood then pushing hard for the following nine, eventually passing French for the lead, Nurse had caught the pair up but was unable to take advantage of either, coming home third.

Williams had been struggling all day with kart issues and unfortunately did not make it out for the final. After a promising start to the day Chris Williams unfortunately retired on lap two with kart troubles. 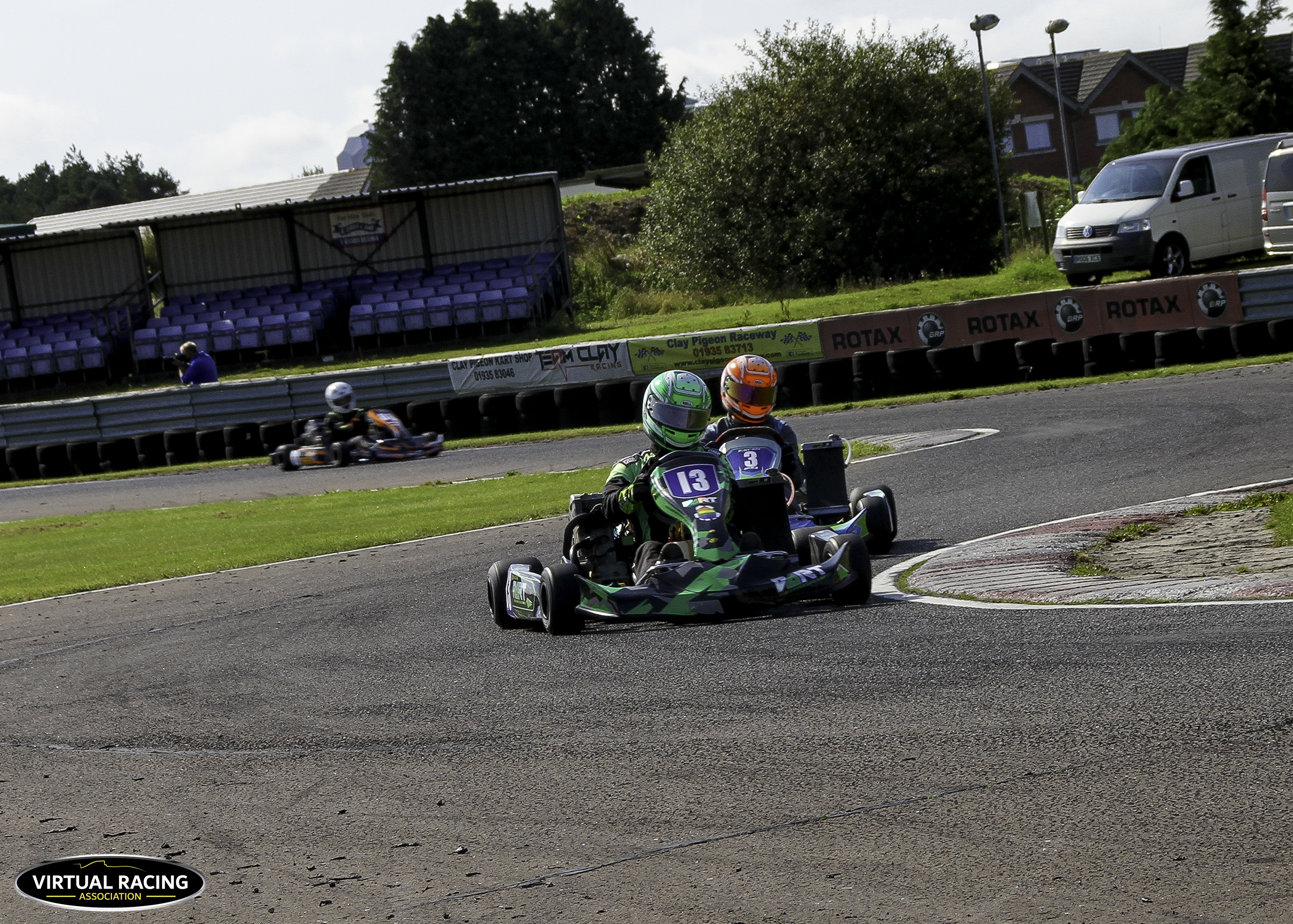 With the title now only between Sherwood and Nurse the final looked to be a true showdown of the best drivers of the season with both lining up along side each other for the final. Sherwood led from the first lap and remained out of touch of Nurse.

A small mistake by Fitch cost him the final podium position allowing French to take a deserved win and finish third on the day, Chris Williams had a incident with Jack Reeve leading to his retirement on lap two.

Sherwood never looked in trouble, dominating the race but never once over driving the Kart and setting the fastest lap in the process. Winning four races out of four may well have given him the title but it was not a given Lewis Nurse, Nick Williams and Joseph Fitch pushing him hard all the way.

Archie Sherwood #2: “Losing the title would have been tough but that’s racing and you just take each race as it comes, The final is always tense but It was the perfect everything I did just worked for me, I cannot thank the my family and friends enough for the support throughout the year it has been amaizing!”

Tommie Caldwell deserves special mention, with his family having done a great job running and preparing the engines for the series. 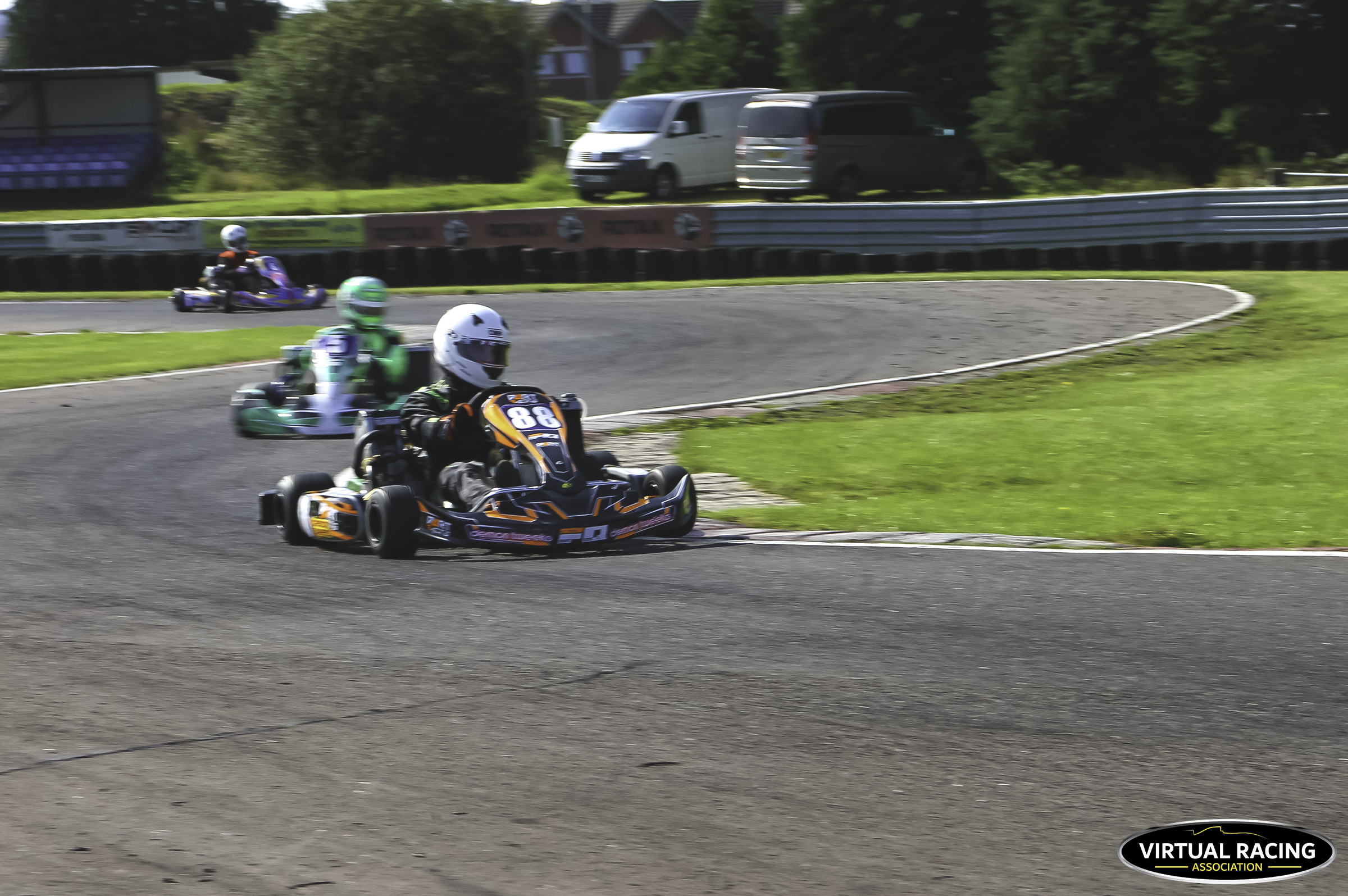