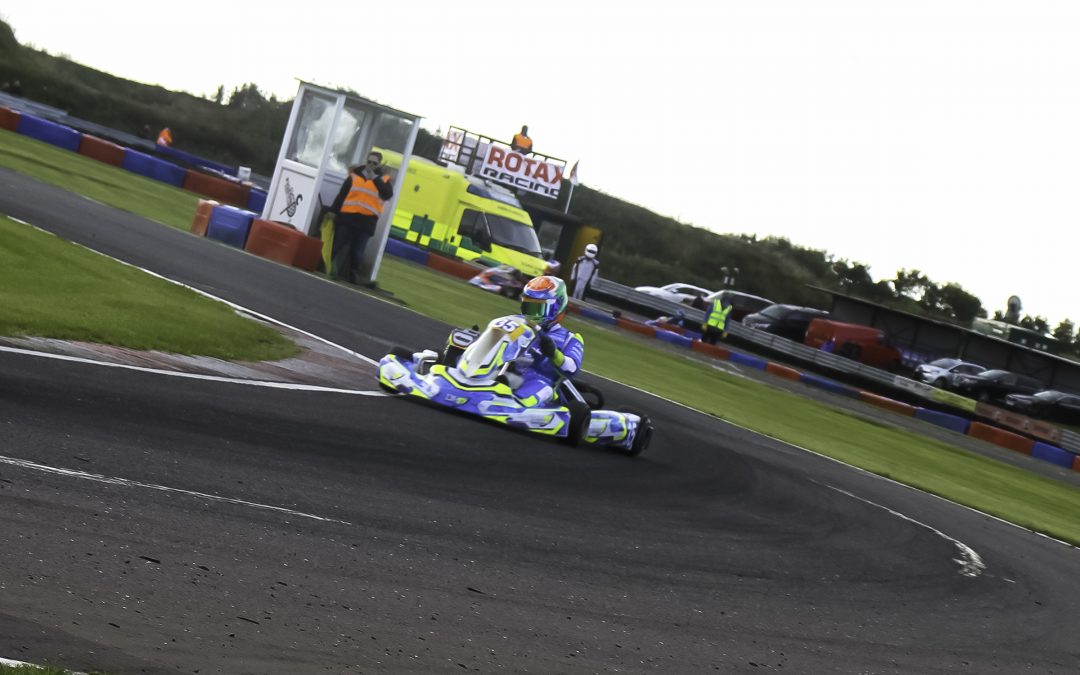 This year’s festival featured three days of close competition bumper-to-bumper racing with more than 100 racers all hoping to take home the £1,000 prize for being crowned champion, this years Rotax festival was given further prestige with the inclusion of a national ‘O’ late. The much sort after title comes along just once a year with a substantial prize fund and major promotional benefits for karting in general, all supported by J.A.G Engineering developers of the Rotax Max Engines the UK’s leading Karting engine.

A three-way title showdown between Sherwood, Lewis Nurse and Nick Williams at Clay Pigeon has gone down as one of the most memorable season finales in DART Racing history. Nurse had hauled himself right back into contention for the crown with a solid points haul at Bayford Meadows closing the gap to Sherwood with just one race meeting remaining.

With six qualifying race heats held over two days and only thirty guaranteed places available for the overall Senior Rotax ‘O’ plate final, it was never going to be easy for any one of the drivers to dominate.

William Elswood took early advantage by taking victory in the first heat, narrowly edging out James Lowther at the finish, Teddy Clinton made steady progress from third on the grid to finish clear of Ben Burgest in heat two. 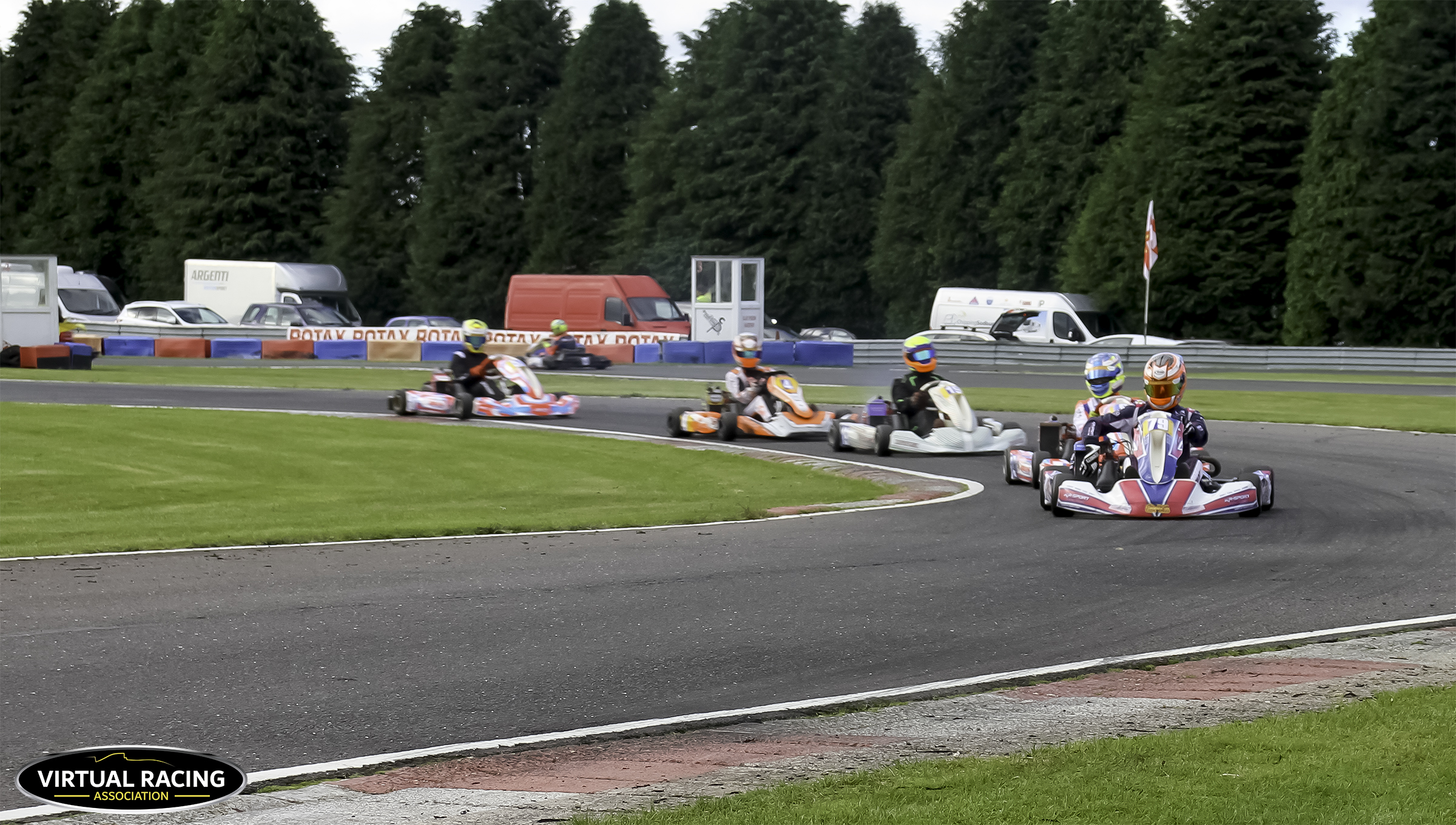 Rotax Festival Senior MAX, #79 William Elswood heads the field on the way through Button’s, Image Supplied by Matt Gale at Behind The Fence Photography

Lewis Gilbert held off James Johnson at the finish line during the third heat. Johnson made a great start taking advantage of the early incident between Ryan Taylor-Trueman and Elliot Picard to make his way through from tenth but was unable to take advantage of Gilbert so settled for second.

Tom Edmunds deprived Jack Steadman of the lead early on to take both the lead and the victory in the fourth heat ahead of Nelson King, with reigning ‘O’ plate holder Rhys Hunter providing everyone with a reason to be concerned, dominating the fifth heat from his brother Kai.

The sixth and final heat of the weekend was won by James Johnson ahead of James Lowther, Lowther would then be disqualified by the stewards handing second to Elliot Hall and promoting Lewis Gilbert to third.

Ryan Taylor-trueman took the B Final granting him a spot on the grid in the Senior Max Final ‘O’ plate final. 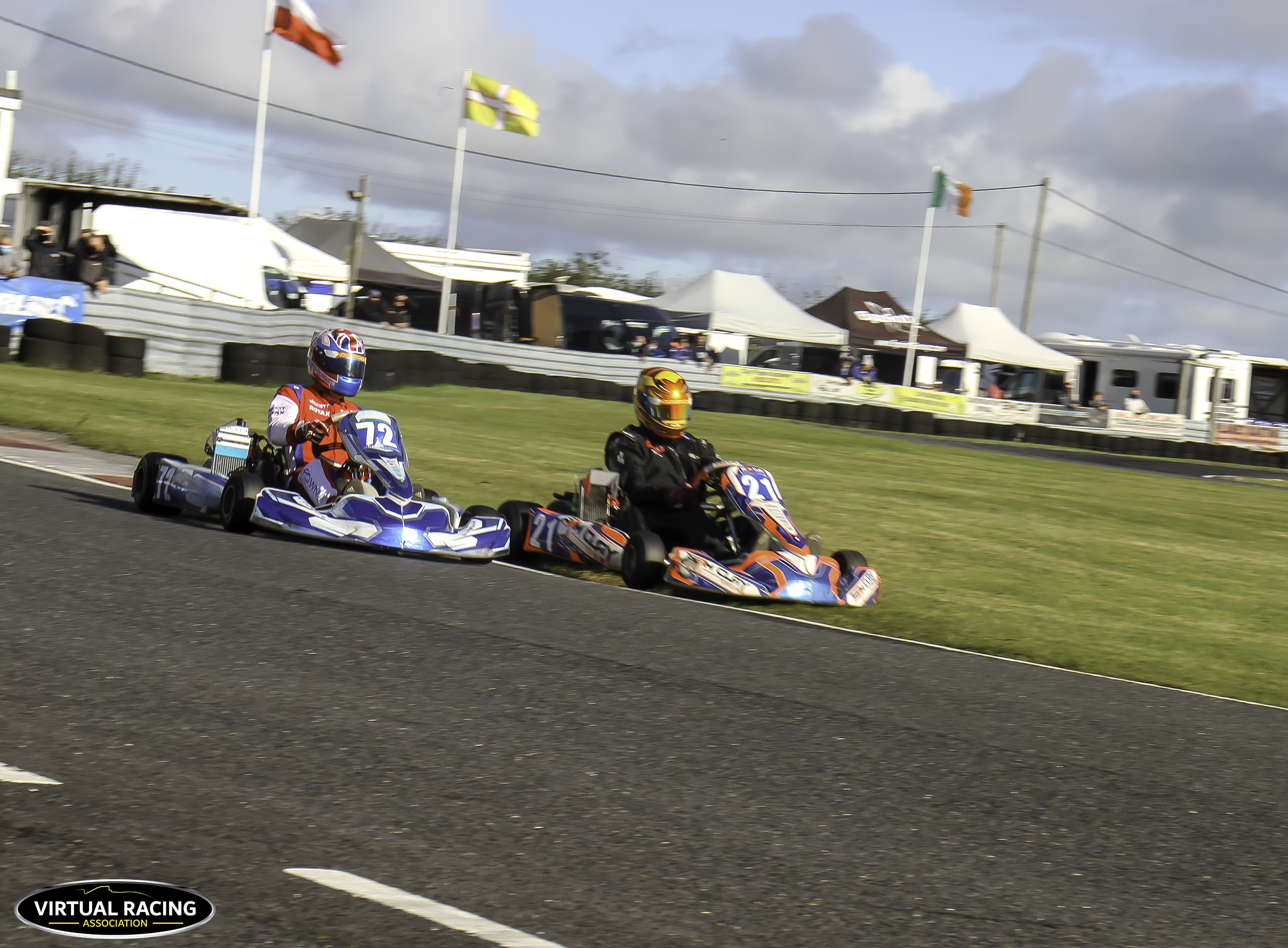 Whilst just qualifying for the main race was the goal for many the real fight was just about to get started with Gilbert taking Pole alongside Johnson.

As the field powered its way across the line and through Billy’s Blind for the first time it was a miracle that no one was spun off or retired, a lap later however their was contact between Johnson and Clinton, the two team mates took each other out of the race in the process, with Clinton latter apologising after the race.

Kai Hunter was now up to second and pushing for the lead, although a late move into Horseshoe nearly ended in disaster. Kai’s Kart mounted the back of Lewis Gilbert instantly dropping him to forth with the stewards handing him a post-race penalty – a decision that would later be overturned.

Bradley Barret, now running in second was being pushed hard by Morgan Porter, who made his move with ease through the follow-through tracked by Kai Hunter in third, Hunter then made his own move passing both Porter and Gilbert on the inside of Hann’s Hairpin to take the lead. 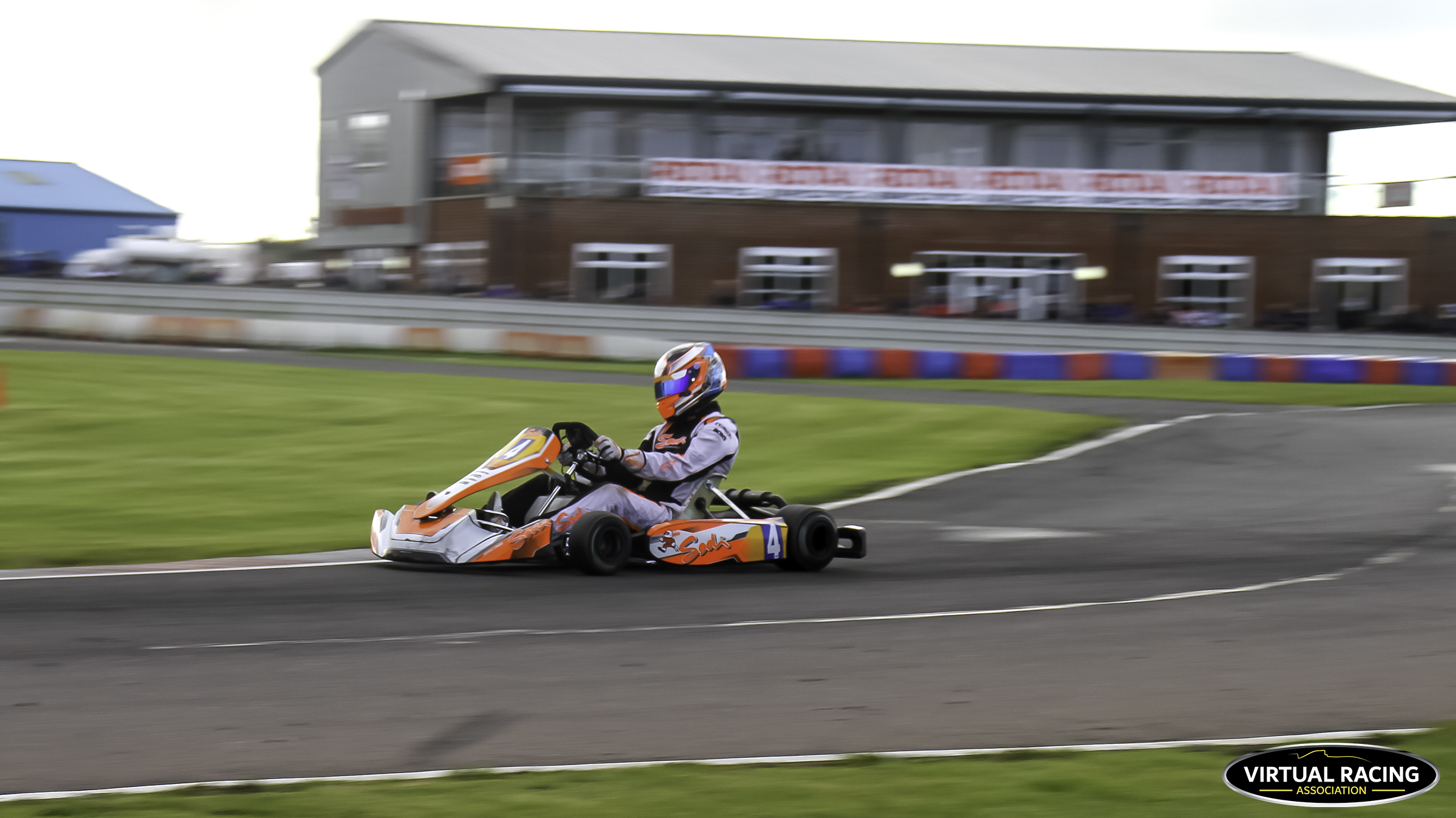 Porter, now in third, had to deal with Rhys Hunter who had joined on to the rear of the Four-Kart lead battle. Rhys had made several attempts at Porter as the pair battled hard eventually taking him at Billy’s Blind.

Kai and Rhys Hunter had driven their way through the field, fighting hard for every place to get to the front, never once challenging each other for the win but mimicking each other’s every move to perfection.

The Hunter brothers proved just too hot to handle as Kai held Rhys for victory and the cash prize.

Post Race, Kai Hunter #35: “The stewards looked at everything following the incident and the five-second penalty we received.”

“I’m just glad they thought as we did that it was a racing incident and decided to overturn (the) penalty.

“I’m just so glad I’ve won, I just want to thank Dan Holland Racing, Time Racing Engines, Liam Wright my new mechanic for the weekend and all my family along with everyone who has been involved.” 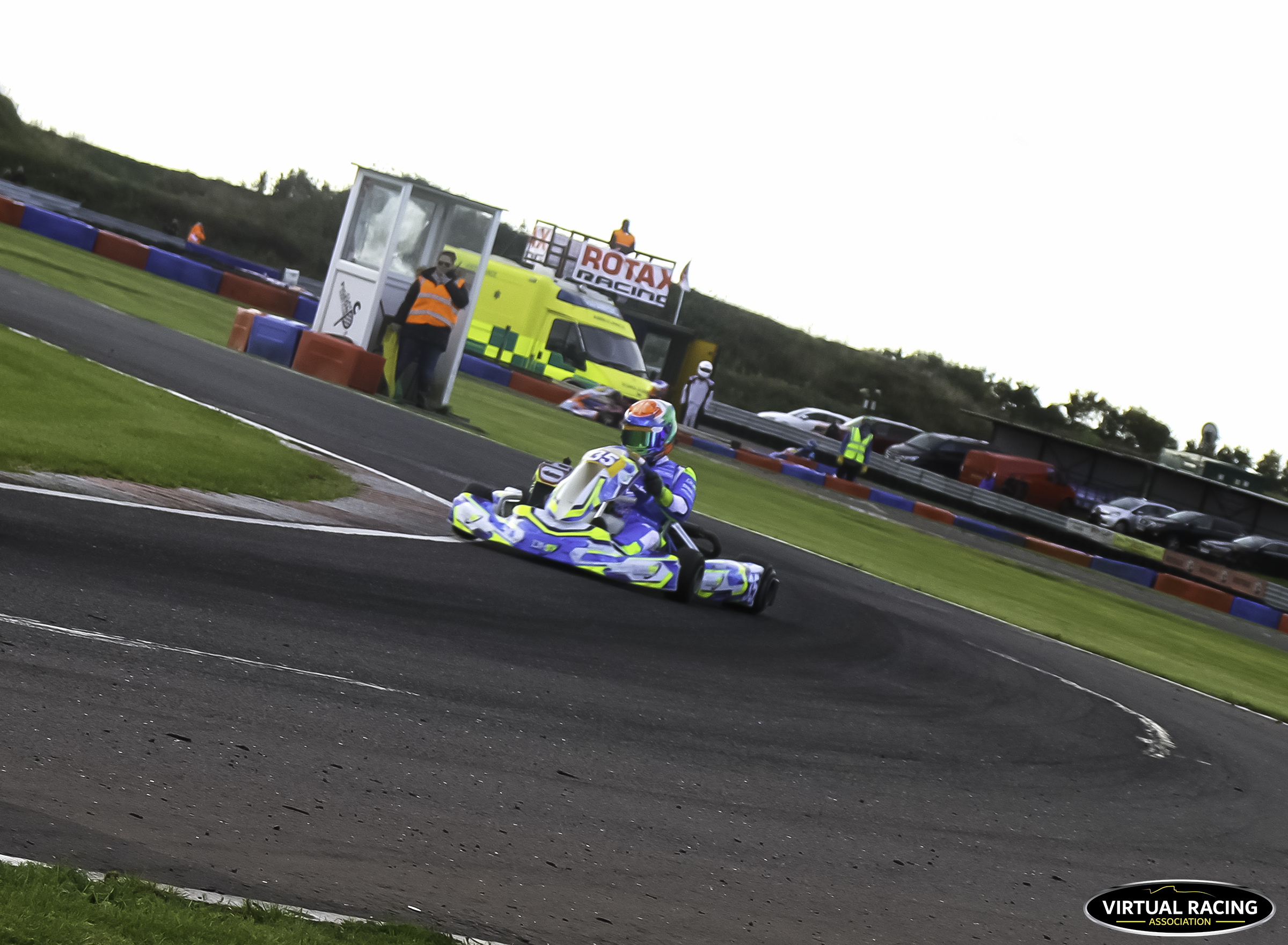