On The Apex: Chasing Targets 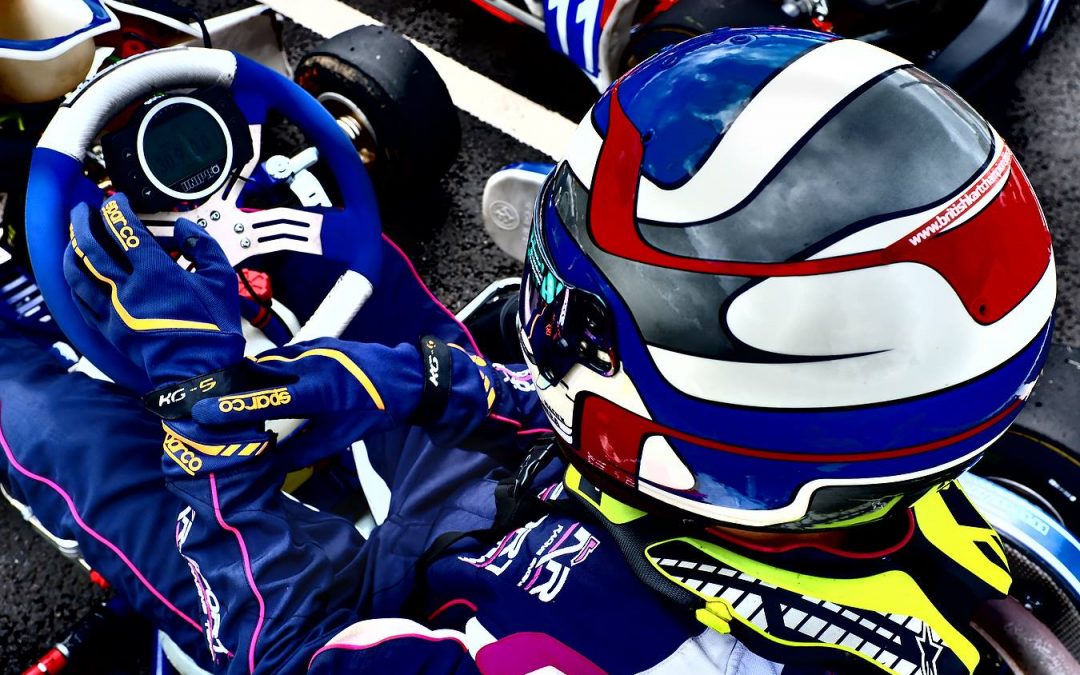 Mansell Raceway, formally Dunkeswell Raceway, has been a kart racing venue for the past 50 years. Having only been added to the British Karting Championship in 2019, it is still a fresh venue for many racers like yours truly however we were still feeling confident heading into the weekend.

After our promising start at Clay Pigeon, hopes were high for a good points haul at round two. With some tweaks over the past couple of weeks. Qualifying would show if we had a made a good step forward.

And I’m pleased to report that it did. I qualified 5th in my crazy qualifying session where karts were seen cutting chicanes, practically racing each other to secure ultimate track position. Nonetheless my result boosted team spirit considering my lap wasn’t the tidiest and the strong feeling that I could have knocked a tenth off my personal best.

The end result would be that I would start my heats again from 5th and had a good if rather boring first heat to finish in my starting position. In my second heat on the other hand, I had a firecracker start and was up to P3 until fading brakes slipped me down to 7th even through all my valiant attempts to hold on.  Head on steering wheel, in parc ferme I wondered what might have been as I had been chasing 1st and 2nd, two British Champions nonetheless until I lacked the pace needed due to the aforementioned brake problem.

Still these two results put me 7th on the grid, my highest ever starting position for a BKC pre-final so I certainly, unquestionably, should stay clear of mid-field melee that has tripped me up in the past. 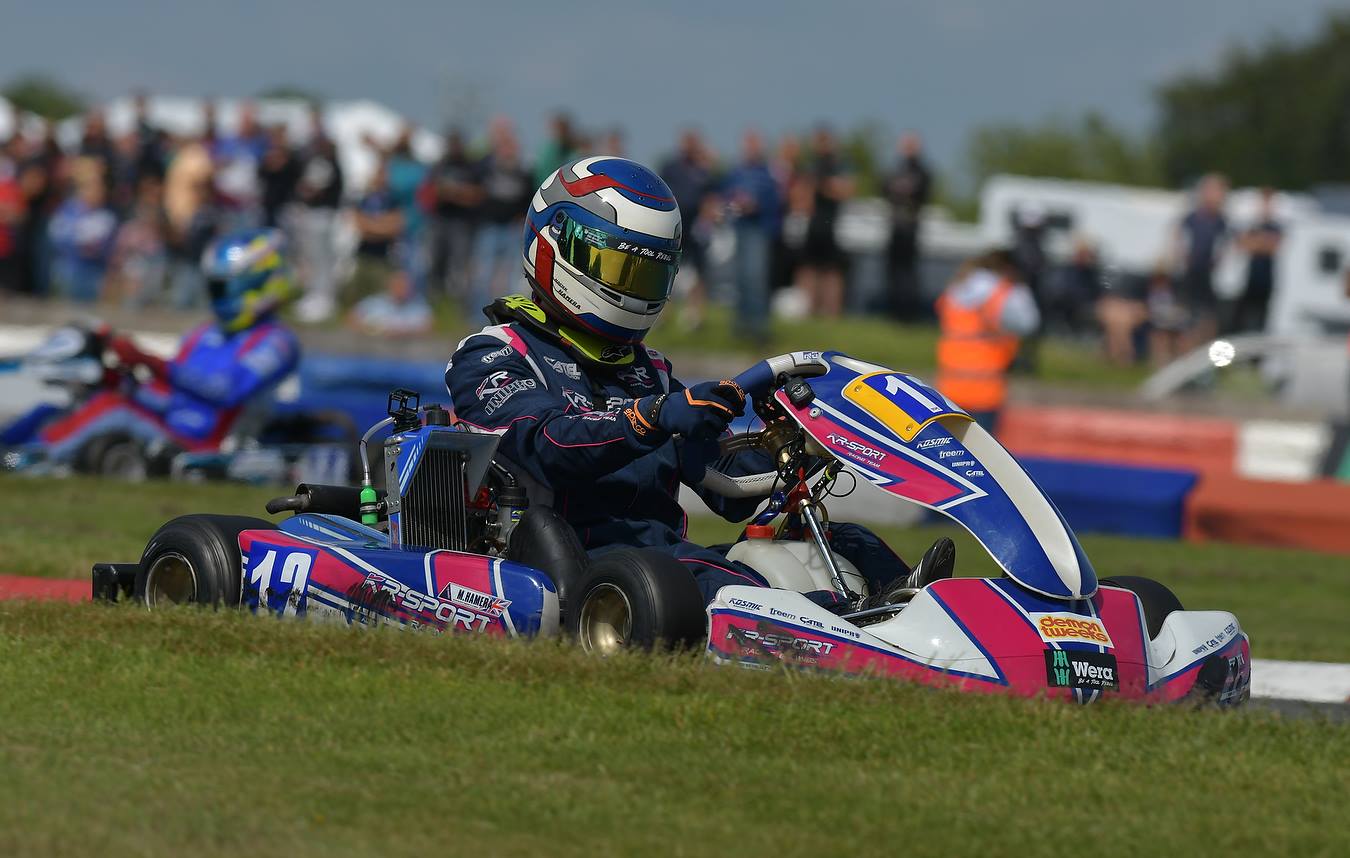 Well you know what they say, never say never…

As we funnelled through turn one successfully, I was taking a conservative approach.

“It’s a 12 minute race, you can’t win on the first lap so let’s pace ourselves and see what happens” I concluded.

Now of course this is Hamera conservative we’re talking about, so I still managed to nip by somebody at the first corner and gain a position to run 6th but apart from that I just wanted to stay clear of trouble. We were all pretty much even-stevens as we headed towards the complex on the first lap.

Now, the complex consists of a left hairpin and then a right hairpin in quick succession which means making it through the first part doesn’t guarantee your survival though the second but taking a tight line I managed to get around the first part of the complex to protect my position.

SMACK! I saw a flash of purple shoot up to my right and felt the kart squat down moments later.

“Get off!” I screamed from within my helmet. Funnily enough the driver who had landed on me didn’t seem to register my cries and pushed me on to the grass, which was still saturated from the morning rain.  Eventually he simply fell off the back of my kart and re joined the race. I meanwhile  scrambled and clawed my way off the slippery turf to re join 34th and last. I let out a sigh and chased after the pack…

From then on, the meeting was about damage limitation. I clawed back some spots in the pre-final but kart damage prevented me from making any real progress. 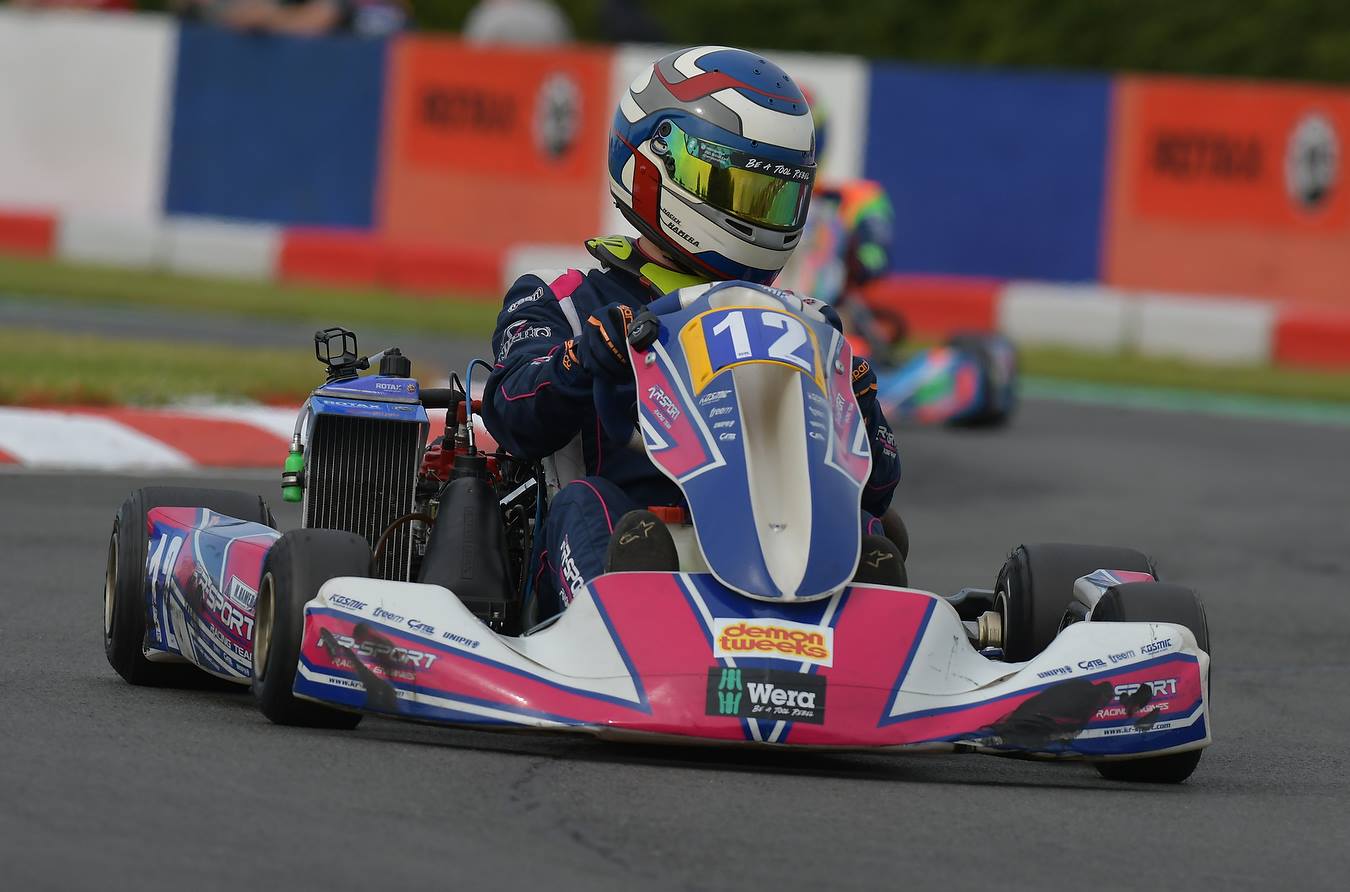 The final beckoned and I was right in the danger zone. I spent my entire weekend trying to avoid the mid-field and now I was going to have to fight my way through it. On a grid where not tenths but thousands separate you and the drivers in front, it was going to be a tall order to fight to the front. But not being a driver who gives in, I pulled up my driving gloves and got ready for the green flag.

We went around the formation lap and slotted in to position and luckily I wasn’t hooked up to a pulse reader as it would have been off the charts. I watched the lights as they went green and held my breath…

Into the complex again we went but this time I emerged unscathed. I was free, ready for my charge through the field.

The kart set up wasn’t great but after 5 minutes I made up a hand full of spots to be closing in on the top 20. I had some close calls but nothing serious so now I could really get into my groove. Also I still had 10 minutes to make my moves so I could bide my time when it came to overtaking more dangerous drivers.

I went for an easy move going in to the first corner for 22nd position, but as we reached the corner I realised that the other driver was coming across. But I was side by side with him so surely he must see me, mustn’t he? The answer was provided to me moments later when both me and the other driver span off towards the barriers. And that was it, the kart was damaged, my race was ruined. I pulled into the pits, shut the engine off and watched the race on the sidelines.

Still we were fast and sometimes that’s all that matters so I’m going to rewind a little bit to the the the pre-final where after being pushed off the commentators said “Poor, old Maciej Hamera”. But that’s the thing. I’m not old in fact I’m just getting started…