On The Apex: Expect the unexpected… 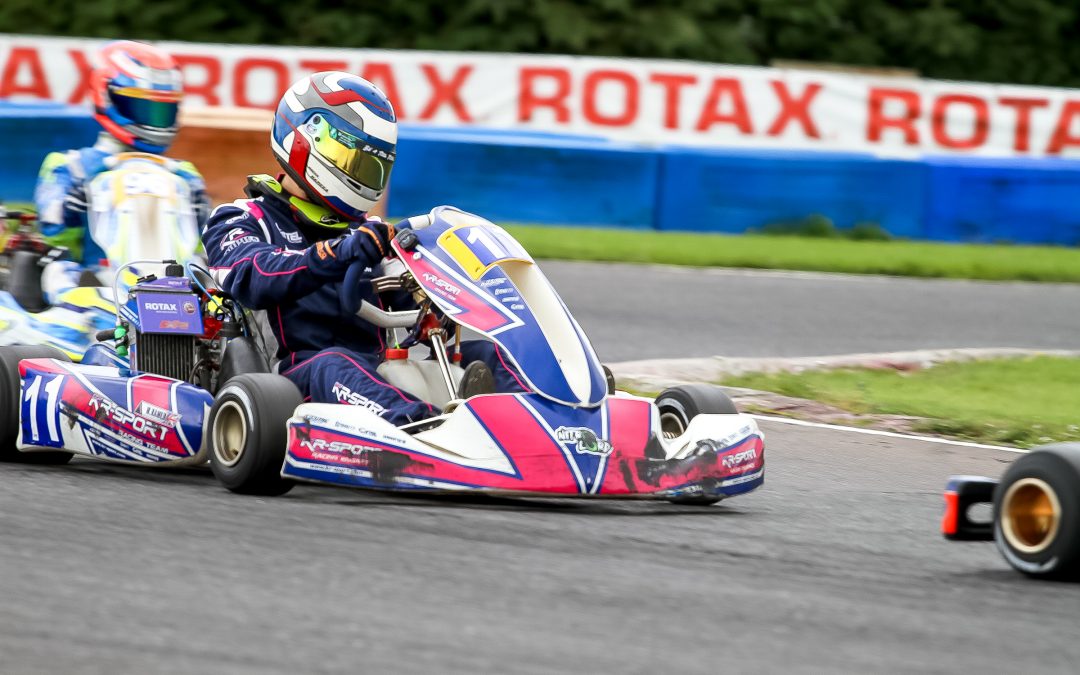 The Rotax Festival, an event that I’m very familiar with after competing at the venue for the past five years. Consistency is important if not essential for success as well as outright speed. I had both this year but ended up having to muscle my way up the field in the final. How? Well to answer that, let’s start at the beginning of the story…

We turned up on Saturday for testing with a huge task ahead of us. With a national shortage of the regulation Mojo D5 slick tyre, the rather unloved Maxxis Sport rubber would be used as an obtainable substitute for the meeting. It’s a tyre which the majority of the drivers are unfamiliar with so these test sessions would be vital to get a good baseline for the setup.

With this tyre there were several set up changes that were carried out over the course of the day after our initial configuration from the morning. It was difficult to gauge where my competitors were regarding pace, but I felt comfortable with the kart so I wasn’t overly concerned in what the others were doing.

Sunday. Race day. With slightly overcast weather we prepared for the first serious business of the day. Qualifying.

We decided to take a flyer at it and gambled slightly with our tyre pressures. This turned out to be a mistake… 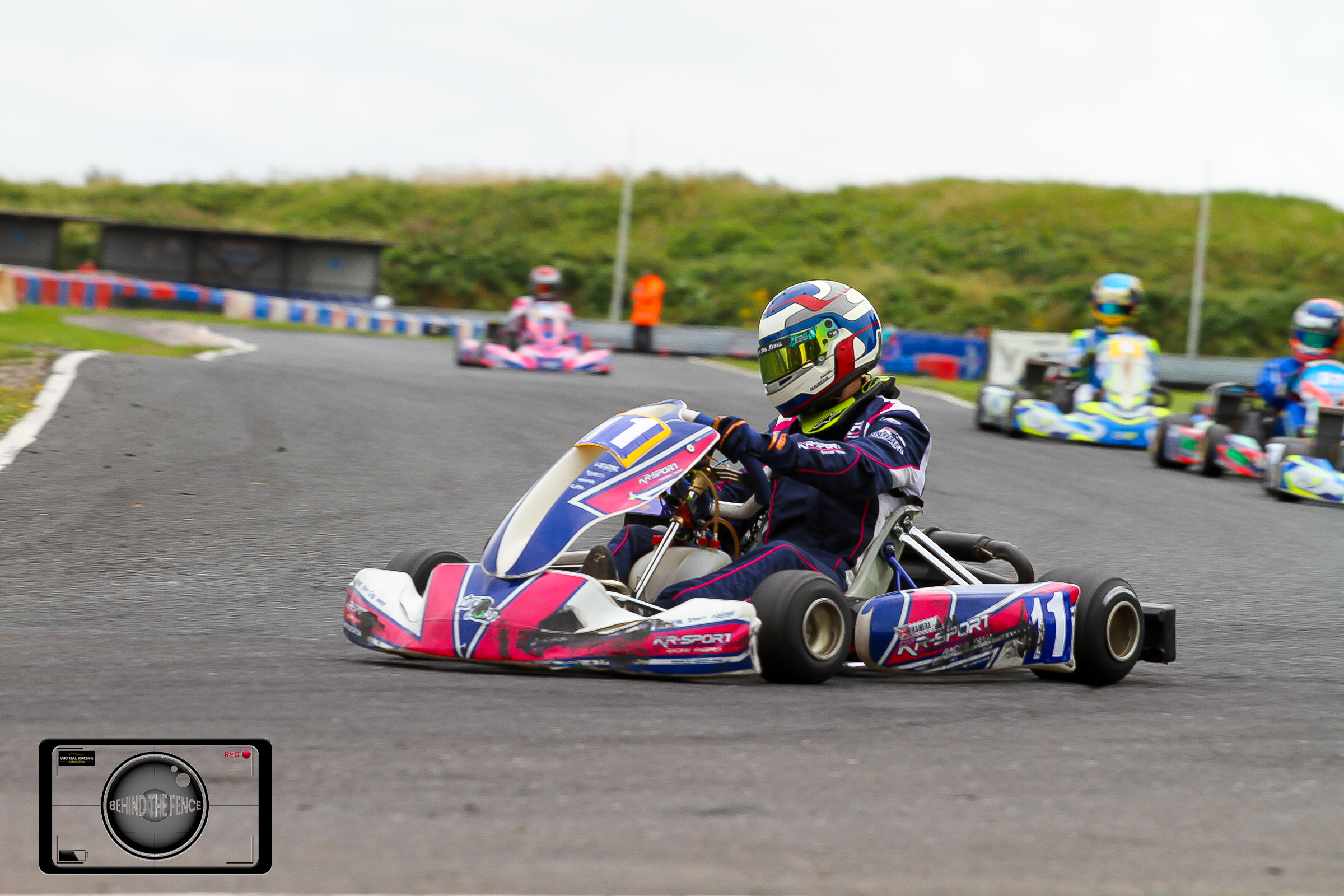 That mistake in qualifying cost us but seventh was still a good effort in kart which was unstable under braking and turn in. This P7 on the grid wasn’t ideal with the overtaking difficulties caused by the stiff, hard and ultimately low grip Maxxis tyre but I was still looking forward to the races, as per usual.

The rolling lap was completed in quick time, and we got ready for the lights to go out. The revs rose and we finally did get going, although my engine had a bit of a cough which caused me to lose a place. However apart from this, the race was uneventful with me completing two overtaking moves before settling for sixth.

Our speed wasn’t the problem, we had plenty of that, but the tyres were very equal when cold which made it very difficult to overtake drivers.  We had to stay out of trouble and have slightly better starts, if we could do this, the race win was on the cards.

And I did just that in the pre-final. Err, not. 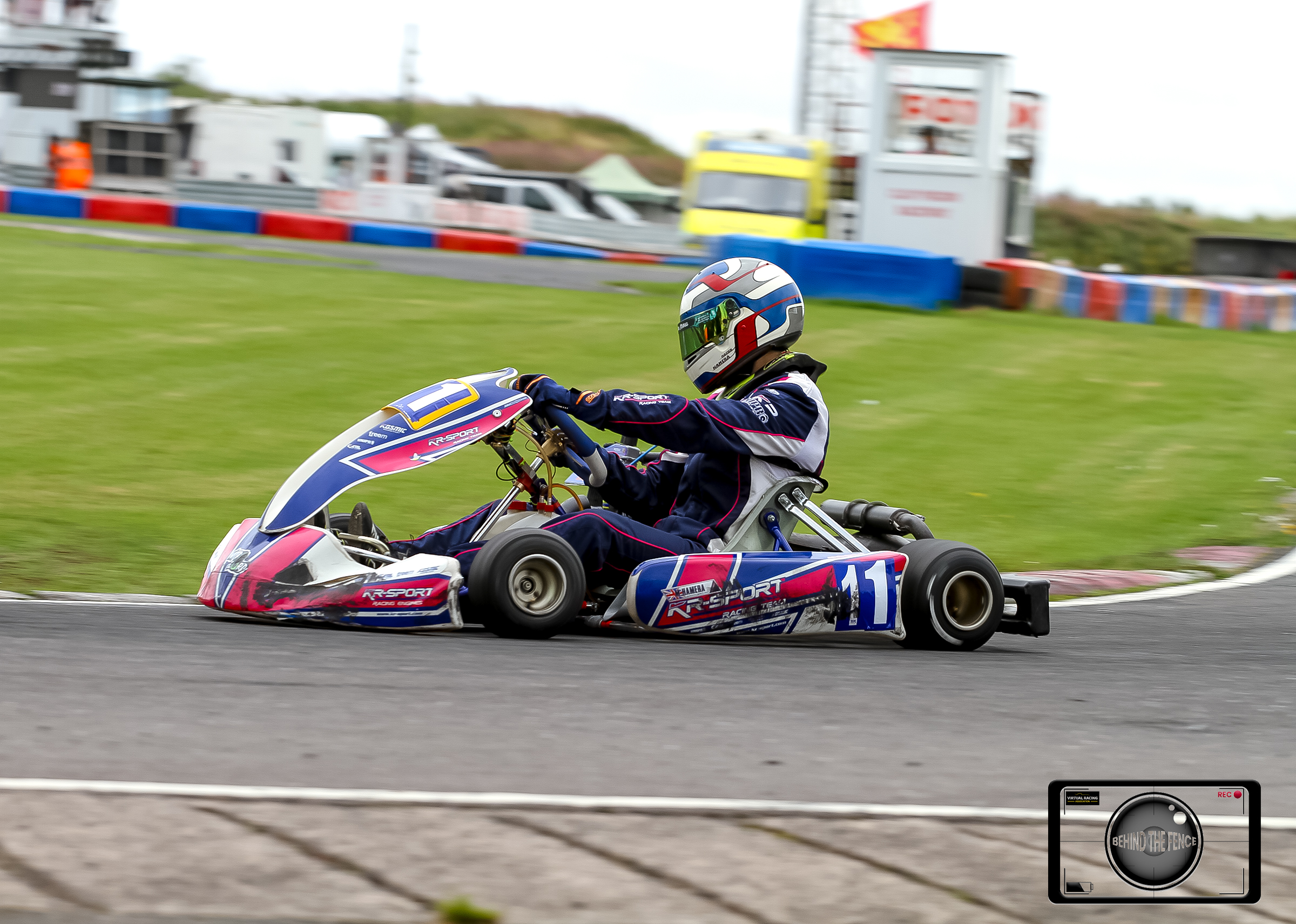 Again, the formation lap finished as quickly as it began, and we started rolling towards start line.  The revs rose to a comfortable eight and a half thousand RPM as we all got in the zone.

My start was good, but not brilliant. I gained a place as I slipped past the driver in fifth on to the run to turn one. The driver behind me also had a good start and drew alongside but I had the inside for the corner. And then the pushing started.

Bang. Held on to the steering wheel tighter

Bang. Third time. And this one was terminal as the steering wheel was wrenched from my hand as we turned into the corner, I corrected it before I went off but as both me and my attacker drifted wide, we lost two places. I gained those spots back, but the aggressive attentions of my colleagues weren’t doing me any favours. 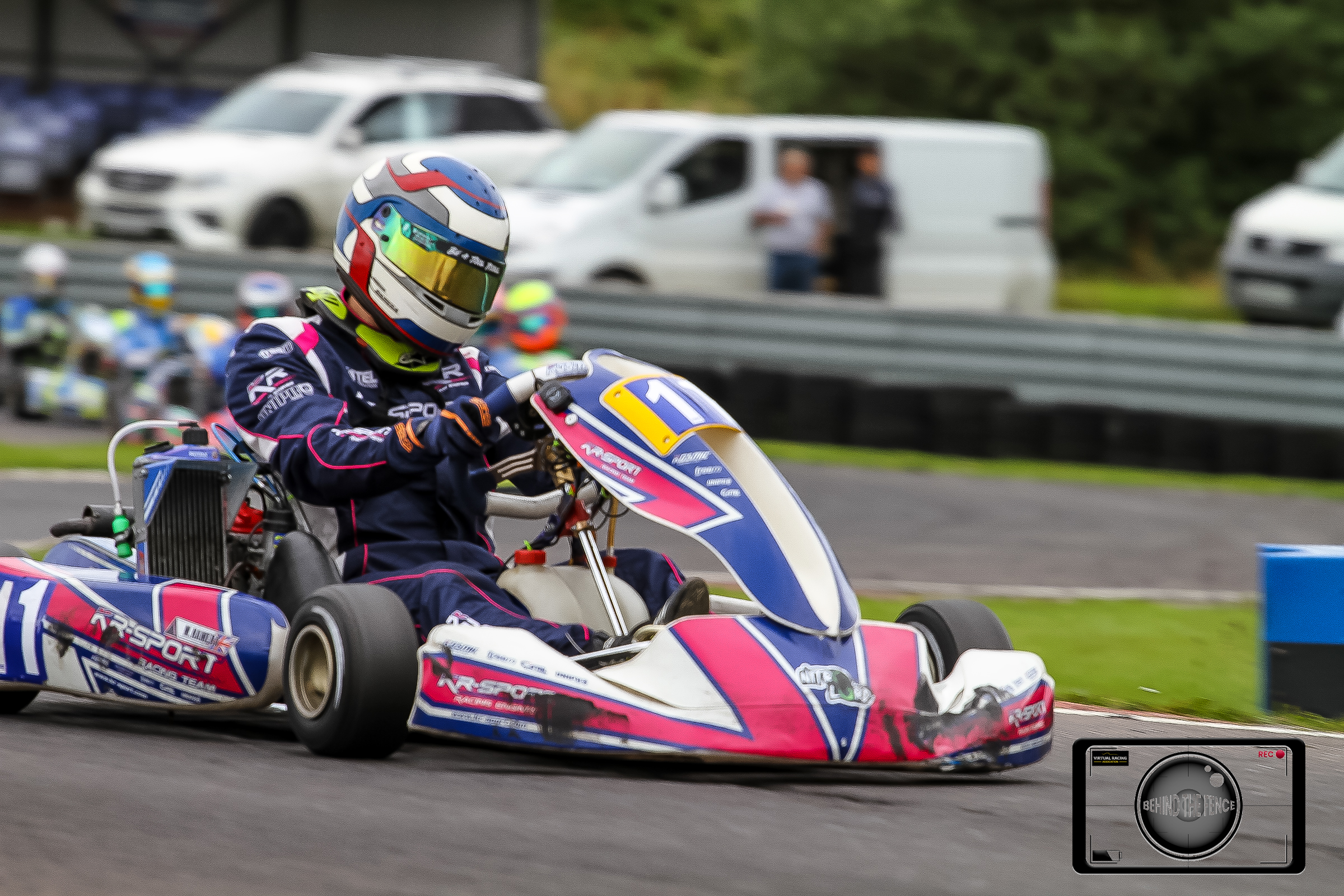 But what is it that they say? Expect the unexpected…

I left the pits for the formation lap in my typical affair of full throttle and opposite lock. But when I got to first corner the engine stopped pulling. In fact, it was cutting out altogether. I was desperate.

“Please just rev, just clear your throat kart. Give me anything, please!”

The engine disregarded my cries of mercy and didn’t get going until I reached the start finish straight. At least I was in the race. On the downside everybody had already started and were at the first corner when I was just crossing the start line.

As for what followed, it was a drive that would only do justice to Jean Alesi. I passed karts left right and centre to make up ten positions from last to be 16th after only five minutes. Then a rather forceful move by another of my kart racing friends had me over a kerb and this spun me to the back of the field.

Now I was really angry. And it showed in my driving as I passed kart after kart to finish 13th and setting the fastest lap of the race. By the end of the race I was half a second faster than the leaders and had to perform more than 20 overtakes on track so I was left to rue what might have been.

I left the circuit dissatisfied with the result as the technical hiccup had completely ruined the weekend. We found the culprit later, a spark plug worth £20. The problem is that you can’t predict when a spark plug will oil up, but my question is this:

Of all the races, why the final?