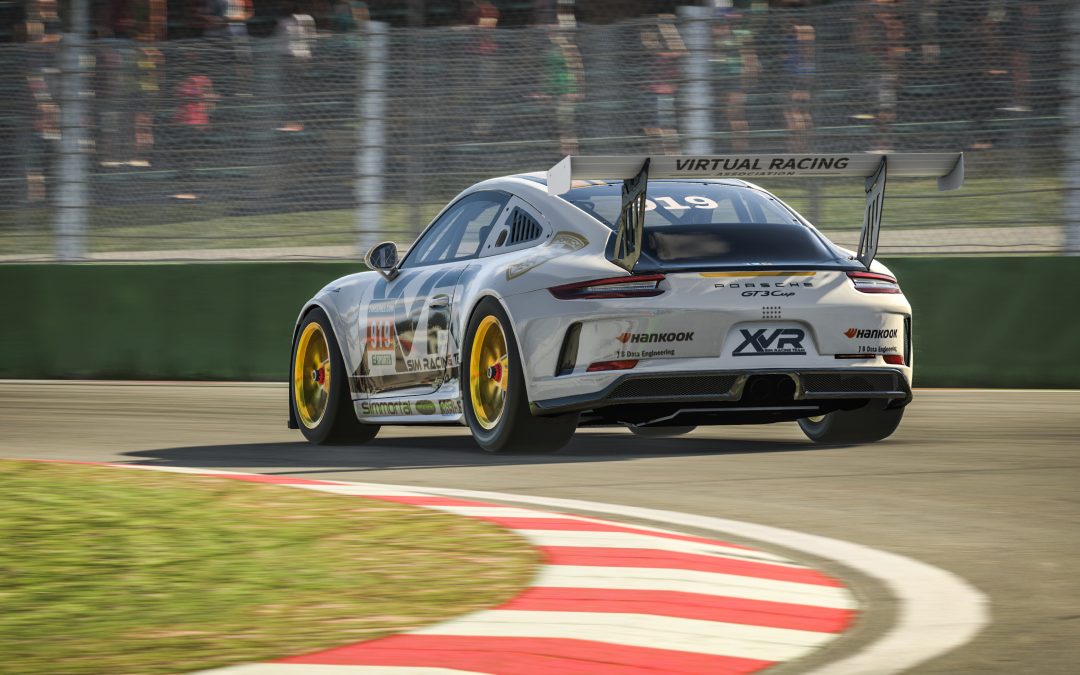 A quick glance at the entry list for the 24H Series eSport series and it soon becomes apparent this is a championship that is taken seriously by many of the biggest sim racing teams  around, Williams Esports, Maniti Racing, MSI eSports, Biela Racing Team, Inertia Sim Racing, are just to name a few.

The 24H SERIES ESPORTS powered by VCO was established with the aim to give its members the possibility to race in multiclass racing environments with real stewards, regulations, and live broadcasts.

Each driver that competes in the season must meet a strict set of rules, iRating and a minimum required road licence ensure that drivers meet the standards able to keep it clean and fair when racing. All the races are modelled around Dutch managed 24H Series by Creventic, with five six-hour races and one 12 hours final round each held at Spa Francorchamps at the end of the season.

Niel Hekkens, Creventic: “We are excited for the new season. Thanks to the increased involvement from Creventic and the partnership with VCO, we are able to take the league to the next level. The 24H SERIES ESPORTS powered by VCO offers high level of competition, but is still accessible for all teams who love endurance racing. Because of the high level of competition, teams need to be flawless for the entire race to have shot at victory. We can see teams grow in our league and also do well in other forms of competition.”

XVR Sim Racing have made solid progress throughout the season, competing in the iRacing special events achieving seventh at the ADAC 24 Hours of Nurburgring, second in their respective class at the iRacing 24 Hours du Mans and during the Petit Le Mans at Michelin Raceway Road Atlanta.

With the iRacing official series and special events coming to an end, signing up for the 24H SERIES ESPORTS powered by VCO series made perfect sense, Chances are not going to be easy and the team is very aware of that fact, the steep learning curve has required the team to pull together and keep one eye on their development with the other fixed on their own long term goals.

Steve Levallee, XVR Sim Racing Team Manager: “We’ve been around a while and during our time the main focus has always been on league racing and now want to push the priority to team endurance. We have learned a lot and those rookie mistakes are irons out now., its all about working together on and off the track.”

Just weeks after the new season had been announced, XVR Sim Racing had to select a car that suited the drivers own abilities, having raced the TCR Audi RS3 at ADAC 24 Hours of Nurburgring it would have been the obvious choice.

Steve Levallee, XVR Sim Racing Team Manager: “The easy choice would have been the TCR Audi having had great success with it already, choosing the Porsche cup was more enjoyable and challenging to driver. We want to have fun and feel this is the car that gives us that the most.” 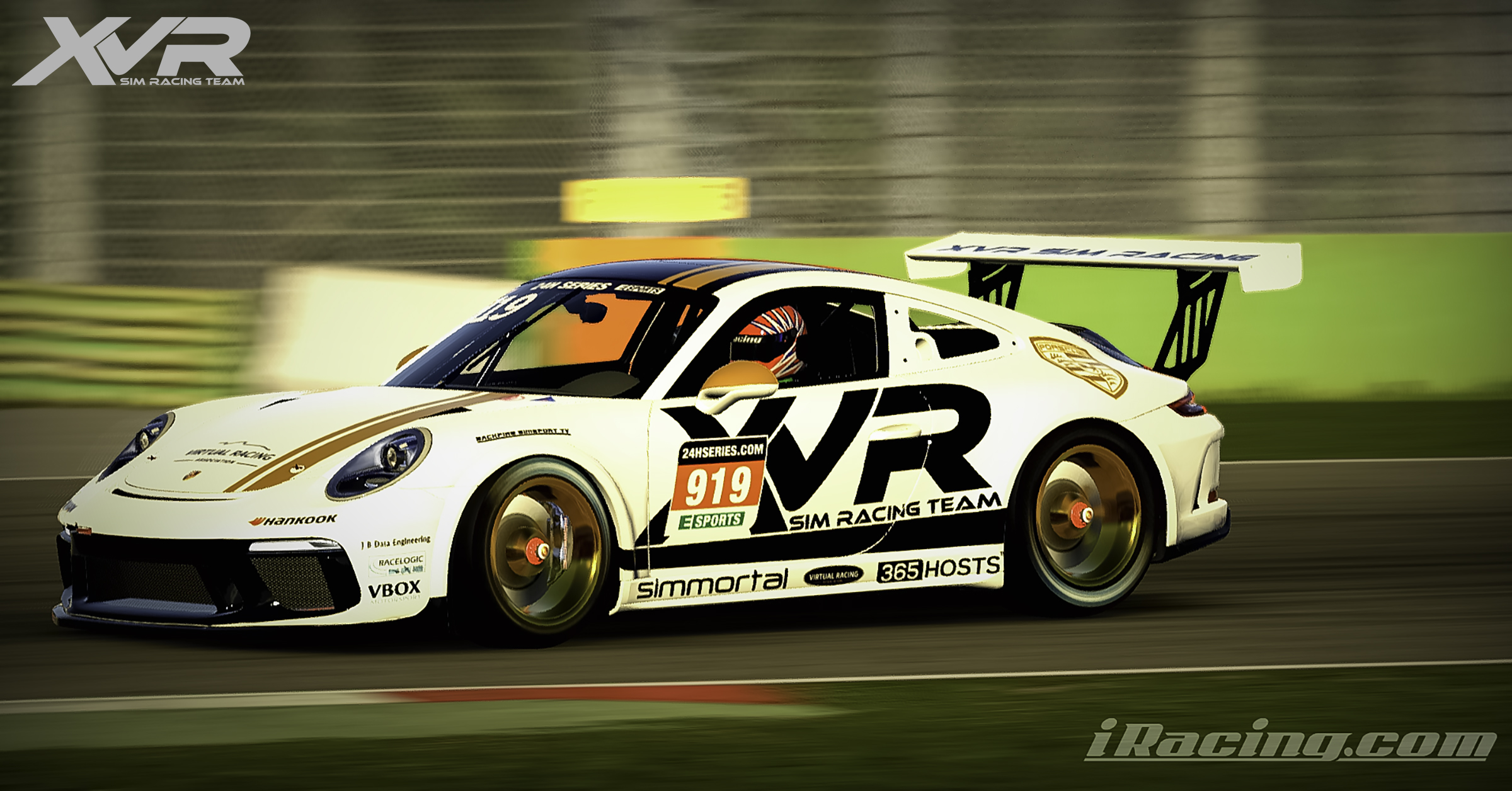 The Porsche 991 Cup allows the team to build on their own past experience of production based race cars, the car also is eligible for the Porsche TAG Heuer eSports Supercup virtual one-make cup run by iRacing offering yet another option for the teams future.

Steve Levallee, XVR Sim Racing Team Manager: “The Porsche is relatively new to us, On the lead up to pre qualifying we spent about 4/5 nights practicing, there was some setup work but mostly was track time getting use to the car.” 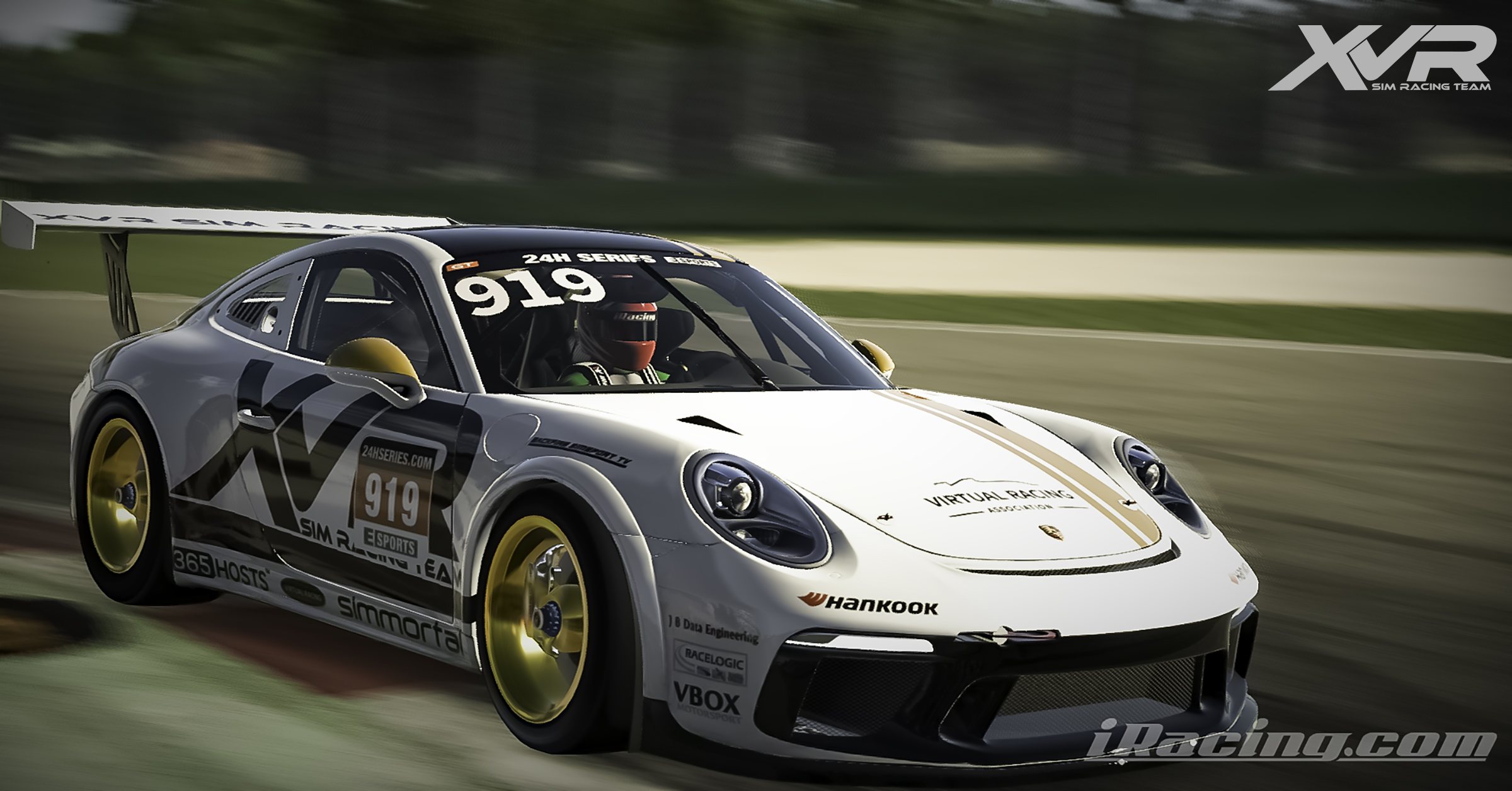 Donington Park would host the pre qualifying session for the series, two cars would be entered (#919 Johnny Brandon / George McClay) and (#998 Steve Levallee / Richard Warmingham) with both drivers needed to complete (10) consecutive timed laps without any track infringements or incursions, the fastest (10) lap times would then serve as the average stint for that driver with both sets of times then combined to work out an average lap and used as that cars qualifying reference.

The lead car of (#919 Johnny Brandon / George McClay) managed to qualify with an average time of 90.385, Johnny set the best overall average for the team with George closely matching him to put themselves into eighth in class.  Despite their best efforts, Levallee and Warmingham just missed out on a guaranteed starting place for the opening round by less than a hundredth of a second.

Johnny Brandon, XVR Sim Racing Driver: “We’re looking forward to the challenge of this league, It’s a bit daunting but if you want to improve there’s no better way than racing against some of the best teams and drivers out there, I can’t wait and I’m sure we’ll learn loads along the way”

XVR Sim Racing (#919 Johnny Brandon / George McClay) head into the opening round of the season at Autodorme di Imola, knowing they will have to call on all their past experience in order to get the best out of the Porsche 991 Cup and meet the challenge of competing with the very best teams around.

Should the team be able to maximise their race strategy, there is no reason they would not be able to run up with the top six in class, racing thought is not about should, could or would have’s, it will be a team effort that gets them forward in the same way it has pushed the forward all season long.